Parsons Behle & Latimer (Parsons) congratulates Abigail M. Dizon-Maughan for being selected as the 2021 Young Lawyer of the Year by the Young Lawyer Division (YLD) of the Utah State Bar. Dizon-Maughan is an associate attorney at Parsons and a driving force for Parsons’ Diversity, Equity & Inclusion initiative, including leading Parsons’ Attorneys of Color affinity group and serving as a board member for the Utah Center for Legal Inclusion.

The award, which has been given for the past 40 years, is meant to honor a YLD member who, by their ethical and personal conduct, commitment, and activities, have best exemplified professionalism and public service, who have also encouraged and supported other members, programs and activities of the Young Lawyer Division. Dizon-Maughan was one of 13 candidates and was selected by the Pro Bono Commission.

Deeply involved in the Salt Lake City community, Dizon-Maughan has served on the Professional Standards Review Board of the West Valley Police Department for the past nine years, including as its president. Dizon-Maughan’s leadership has made changes to the way officers report their uses of force, excluding police “lingo” and more clearly reporting use of force during encounters with combative and non-compliant subjects. She is the youngest person on the board and was, initially, only one of two people of color. Thanks, in part, to her guidance and her participation in accreditation tests, the West Valley City Police Force became the first fully-accredited police department in the country.

Parsons Shareholder and Vice President Juliette P. White says, “Abby is a natural leader and a fearless advocate. She is intelligent, inquisitive, and thoughtful, and she cares deeply about her clients and her community. All of these characteristics make Abby an incredible lawyer and colleague, and we are thrilled that she has been named Young Lawyer of the Year.”

Dizon-Maughan has also served on the Formation Board for the South Salt Lake Review Board and was instrumental in creating the credential requirements for individuals who would serve on the Board, reviewed and vetted applications, contacted and interviewed worthy candidates. She helped to compile a final list of diverse and representative candidates that was sent to the city council and mayor to create the first South Salt Lake Civilian Review Board.

Possessing significant trial and courtroom experience, Dizon-Maughan has been recognized by her peers as an up-and-coming litigator. She has been named a “Rising Star” by SuperLawyers™ every year since 2017. Prior to being named the Young Lawyer of the Year, Dizon-Maughan was recognized by the Utah State Bar for mentoring young attorneys as evidenced in this portion of her nomination:

"Abby has accepted many different opportunities to serve within the Bar and has used each position to assist other young attorneys in their professional advancement. She served as President of the Utah Minority Bar Association (after serving in several other board positions), chaired the Spring Convention Planning Committee for two consecutive years, and volunteers in various capacities with the Utah Center for Legal Inclusion. And this list names only a few of the things that Abby has done as a member of the Bar. In these various positions, she has actively recruited attorneys from historically underrepresented groups to join her committees and present at conventions. She has also encouraged others to reach outside their regular go-to contacts, so young attorneys can be recognized who may otherwise be overlooked. In addition, she has supported many young lawyers as they have applied for the Bar's Leadership Academy, which she recognizes as a springboard to future opportunities."

Parsons acknowledges the work of this fine young attorney and thanks her for her unwavering commitment to equity and inclusion in our community and her contribution to Utah’s legal industry. 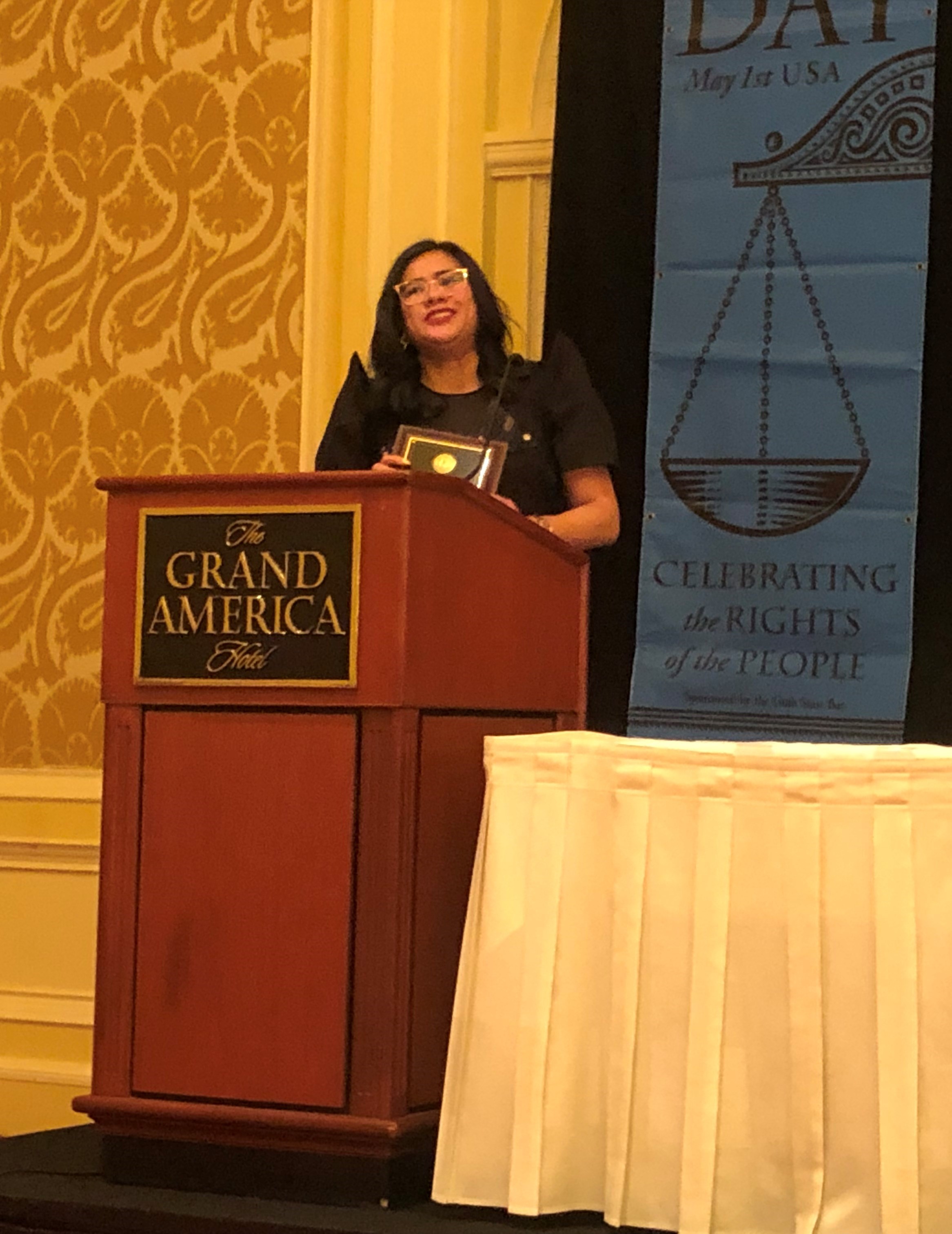